King Edward VII Academy was founded in the sixteenth century, when in 1510 the will of Thomas Thoresby, a former Mayor of Lynn, made provision for the payment of a priest who would teach six children ‘in grammar and song’. In 1902, William Lancaster, a former pupil of the Lynn Grammar School, offered to pay for a new building as long as the corporation found a suitable site. The name was changed to King Edward Vll Grammar School in 1903 when it was amalgamated with the King’s Lynn Technical School.

King Edward VII, Queen Alexandra and other members of the Royal Family, travelled from Sandringham for the opening of the school, where the King made a speech in the main hall and knighted William Lancaster. In 2014 the school became an academy and changed its name to King Edward VII Academy.

The House system at KES

The provision of a programme of out-of-lesson-time activities can be traced back to the early days of the twentieth century and the House system has always played a crucial role in this. It dates from September 1909. At the beginning, the boys were allocated to Houses on the basis of where they lived. There was North House and South House for the Lynn pupils, Country House for those in Gaywood and the surrounding areas, and School House for boarders. In the case of the three Houses for the dayboys even the House Masters were appointed because they lived in the particular residential areas. Inter-house sport was very important and from 1910 The Lennensian regularly carried House Notes with information about the matches and those taking part. The first Inter-house Challenge Shield, paid for out of profits from the tuck shop, was provided for the 1909/10 season. 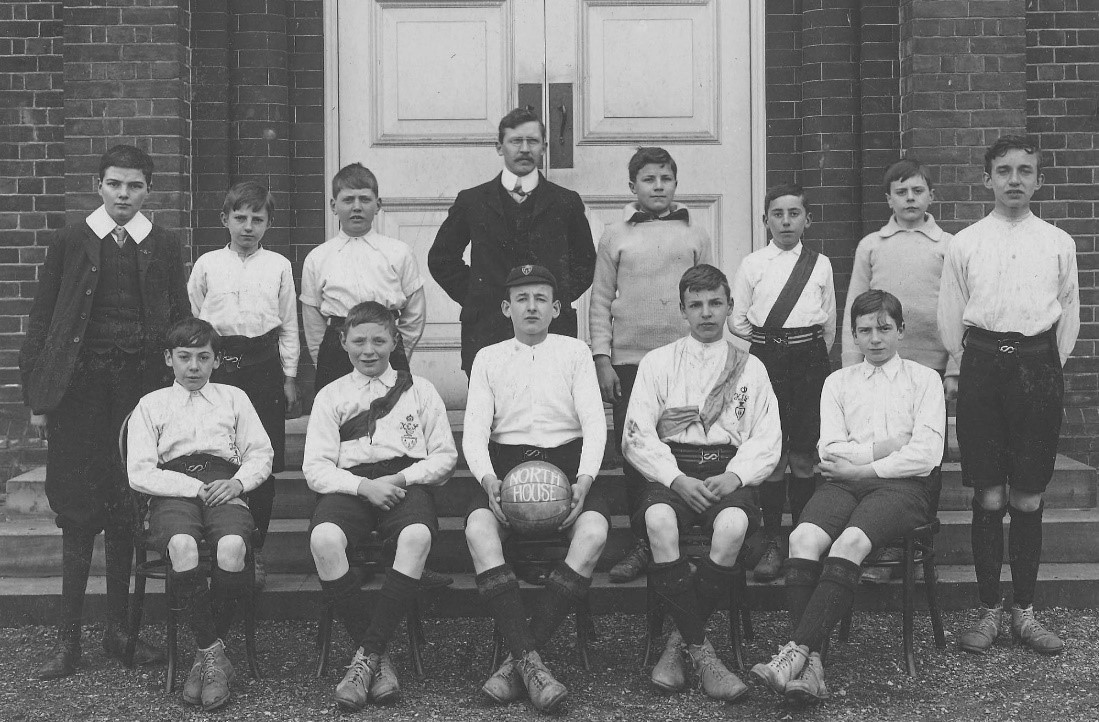 In 1923 it was decided to introduce changes in the Houses, because the system of allocation no longer produced groups of roughly equal size and strength. This was because of the growth of the town towards the south and because increasing numbers of boys were coming from outside Lynn. It was decided to retain School House for boarders but to replace the existing North, South and Country Houses with three new ones: Thorseby, named after the school’s first benefactor; Lancaster, after the school’s second benefactor; and Keene, a distinguished old boy of the school, Sir Benjamin Keene, who had been British Ambassador to the Court of Spain in the eighteenth century.

A further re-organisation of the house system took place in 1934, because of the increase in the number on roll, which had gone up from just over 300 to nearly 400 in the eleven years since the last change. Two new houses, York and Windsor, reflecting the school’s links with the Royal family, were introduced and all the boys, except those in School House, were re-distributed. Each of the houses was about 65 strong. Another factor in the change was the belief that smaller houses would give more opportunities to their members to take part in the various competitions.

Each of the six Houses had a shield and a Latin motto as shown below: 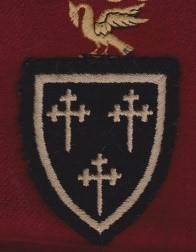 Per ardua ad astra – Through adversity to the stars 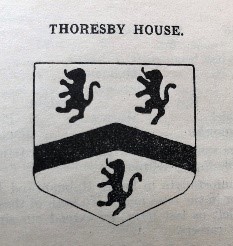 In utrumque paratus – Prepared for either alternative 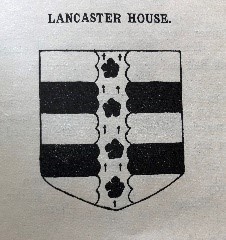 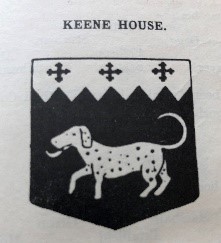 Non sibi sed omnibus – Not for oneself but for everyone 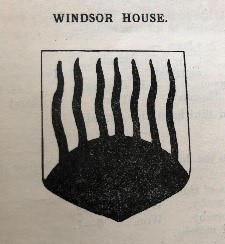 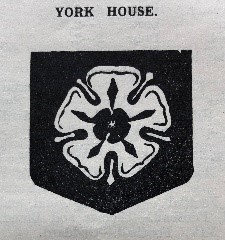 The shield for Lancaster House was that of Sir William Lancaster but the House motto was not the same as the one which went with his coat of arms.  It is not known how the mottos or the other shields were decided upon.  These shields and mottos appeared at the head of the House Notes in The Lennensian from the Michaelmas Term 1935 until the Spring Term of 1940, after which only the mottos are printed.  These too disappear after 1953/54.

It was surprising that in 1934 Gloucester was not chosen as one of the new House names since the Duke of Gloucester had visited the school in 1931 to present the prizes and unveil the Lancaster Memorial Tablet.  However when the number of houses was increased to eight in 1953, with the introduction of three-forms of entry, the names Gloucester and Edinburgh were adopted.

A further major change took place in 1979 when the eight houses were reduced to four, although the names were all retained: Lancaster/School; Edinburgh/York; Gloucester/Windsor; and Keene/Thorsby.  The decision was taken because of the impending closure of the boarding house and comprehensive re-organisation.  It was felt that with the advent of girls, it would have been difficult to organise meaningful competitions for either sex in eight houses.  In addition the reduction to four houses was a necessity because of the need for suitable venues for weekly house meetings.  The new houses met in the hall, the sports hall, the gym and C1 – what had been the boarders’ dining room.  Children were allocated to houses according to which form they were in, unless a specific request was made, for example to be in the same house as a parent.

Forms G and A – Keene/Thoresby 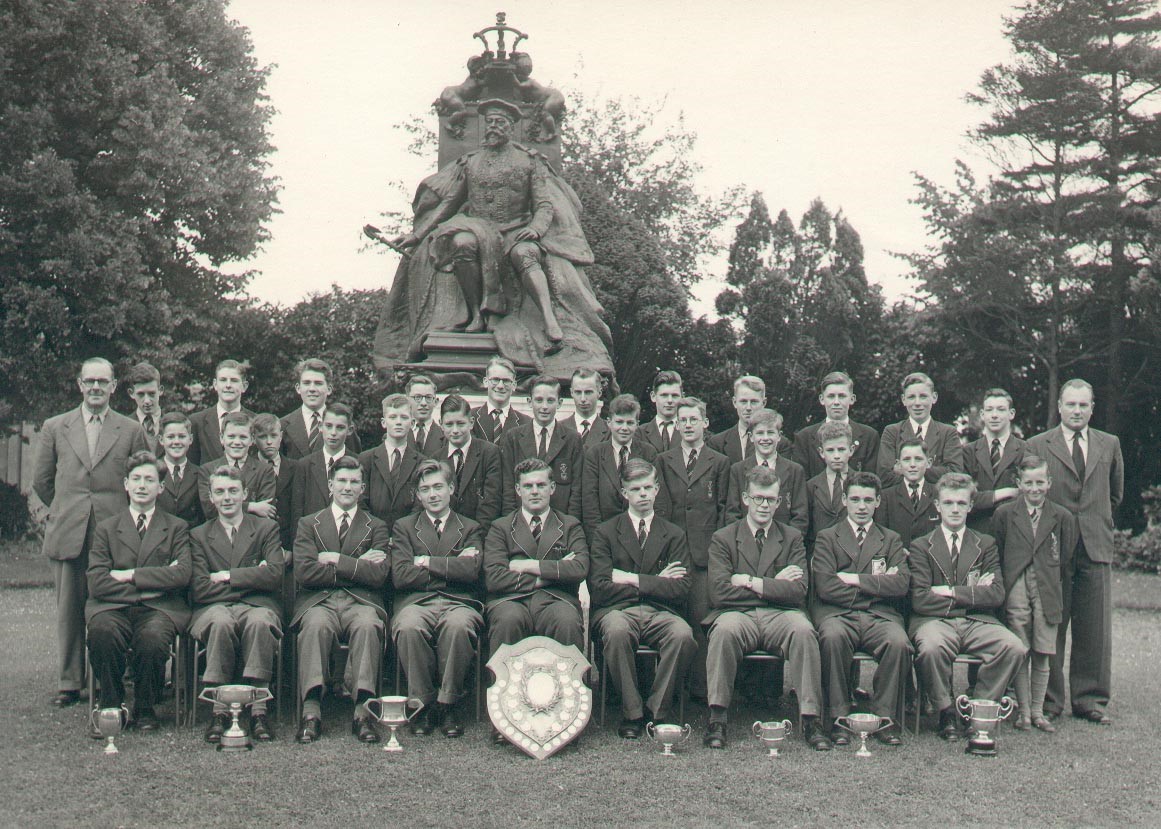 In the 1990s the inter-house competition was still a major feature of the extra-curricular life of the school, but the fight for the Dornay Cup, donated by a local firm in the 1980s, was no longer restricted to sporting competitions and included a range of other activities such as public speaking, art, music and science.  In all over twenty different competitions contributed to the overall totals.  Over many decades School House had often won the inter-house competitions but in the 1990s the winner nearly every year was Edinburgh/York, although in 1994-95 and 1996-97 it was beaten by Lancaster/School and Gloucester/Windsor respectively, albeit by only one point in each case.

To round this article off I should bring readers completely up-to-date.  In the last 19 years the number of events/challenges in the inter-house competition has continued to increase and the house system remains a very strong feature of school life.  Over this period the most successful house has been Lancaster/School which has won the Dornay Cup 11 times.  Edinburgh/York has won in six of the years with Keene/Thoresby and Gloucester/Windsor having just one win each.

In 2014 King Edward VII High School, became KES Academy. In the restructure it was decided that vertical tutoring would take place and the forms enlinement with houses finished. Students were then put into houses on entry to KES in line with siblings.

A major house restructure occurred in 2020 with forms going back to Houses. The house ethos began with "Giving all students the opportunity for a moment". In September 2020 it was decided to launch the 8 House values. These include (Respect, Teamwork, Determination, Self Belief, Passion, Empathy, Honesty and Creativity). Students are able to nominate each other or staff members for the house value badge.

Further information on the academy’s history can be found in the following books by former headmaster, Michael Walker “King Edward VII School – A Centenary Celebration” (Book Guild Publishing, 2005), “KES Tales” (King Edward VII School, 2006), and “Diary of a Grammar School” (KES Publications, 2010). All are available to purchase from the academy.