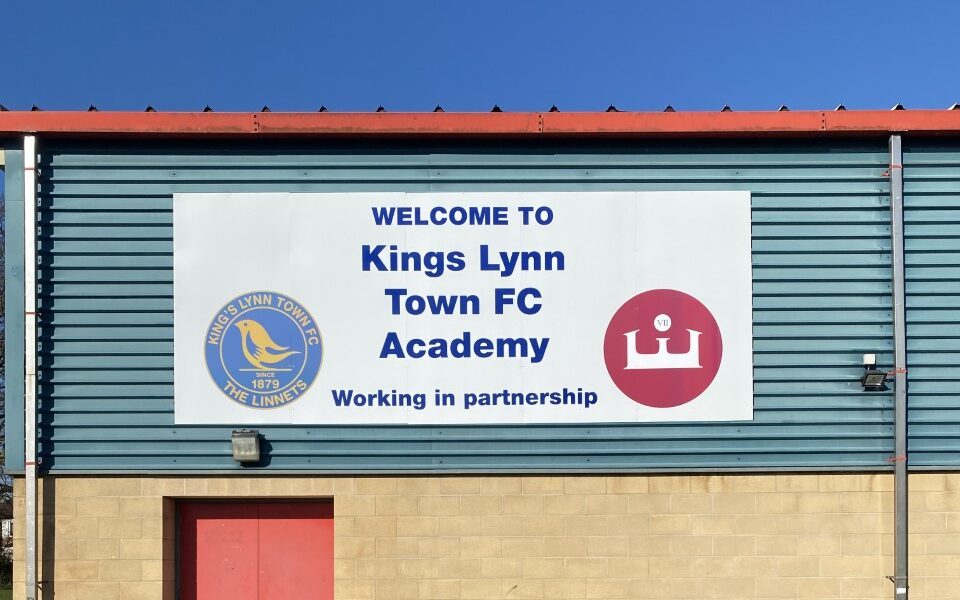 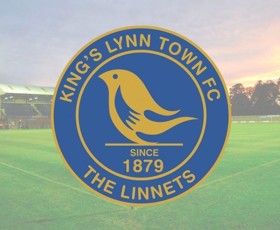 Kings Lynn Town FC are proud to be basing their full time academy programme at KES, working in partnership to develop both great players and people.

The partnership began in the summer of 2020 and after a very successful start, it is looking to expand both on the pitch and in the classroom.

From the football side, we are looking to develop talented young players who are capable of progression through our clubs ranks with the ultimate goal of following the pathway through to the first team, who are currently playing their football in the Vanarama National League and are managed by former Aston Villa and Norwich City coach Ian Culverhouse. 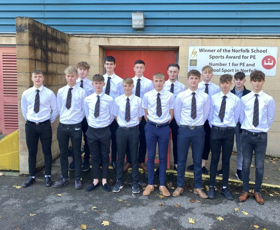 The team here at KES train on a daily basis with UEFA qualified coaches and also benefit from other areas such as specified gym programmes, physiotherapy, position specific training sessions and video analysis alongside their studies. The team have spent their first season in the U19s National League Youth Alliance (The highest level of football you can play in as a youth player outside of pro clubs) and produced some good performances in their limited fixture programme (due to the coronavirus pandemic) playing at fantastic facilities and stadiums.

The league consists of clubs such as Dagenham & Redbridge, Kidderminster Harriers, Mansfield Town, Stockport County & Wrexham to name but a few.

This pathway creates opportunities for players to progress up the ladder into the senior set up. This season alone, 7 players from the current squad at King Edward VII Academy have made regular appearances for the clubs U21s team & 2 of the current squad have featured for the first team. Which is a very positive start for the partnership between the football club and KES.

Amongst our players at KES, one player from this season has also earned himself a first team contract.

As well as our academy first team, we also have a development squad who will compete in a regular fixture programme against local football clubs and colleges. 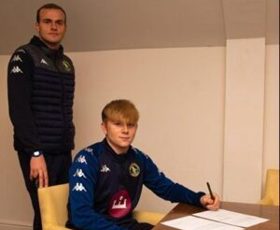 We are developing and evolving as a club and we are looking to provide a platform for the most talented footballers in the area to progress into senior football either in non league or hopefully the pro game. If you feel that you could benefit from a full time football training programme at a National League Club, then please fill in the application form below and come be a part of the growing partnership between KES sixth form and Kings Lynn Town FC. 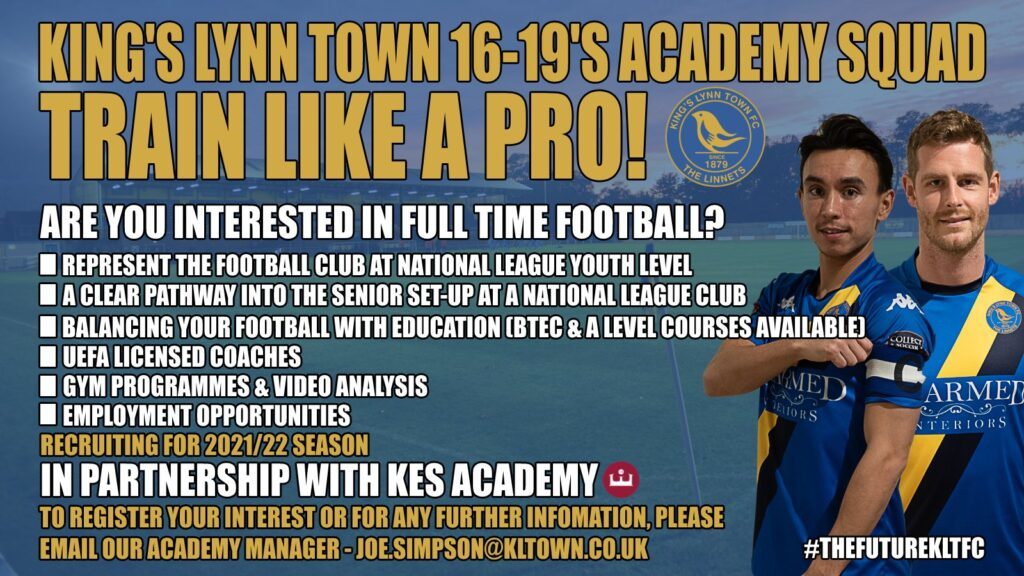 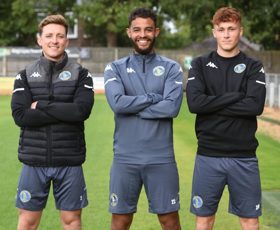 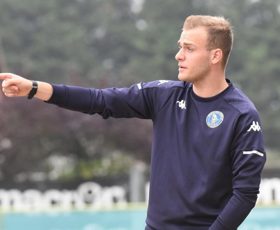 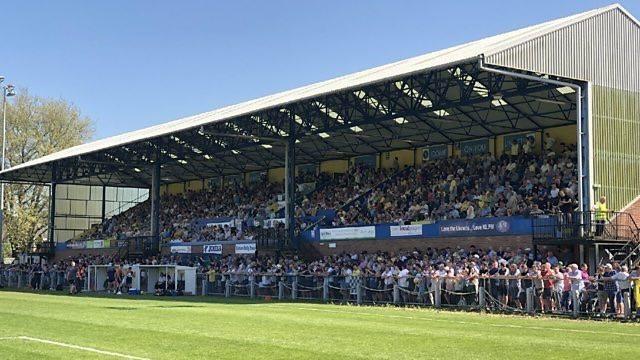 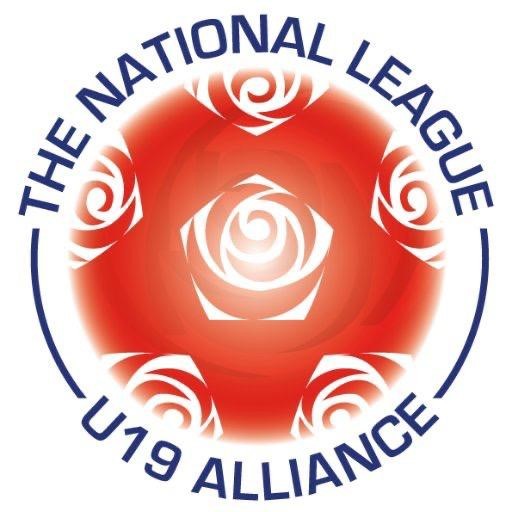 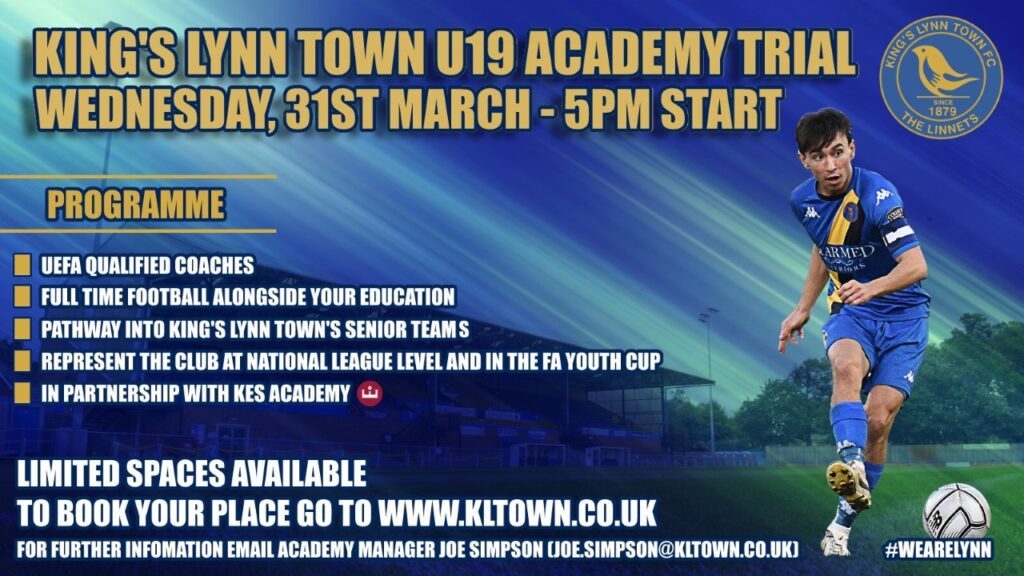